Trade wars? It’s all a joke. We have a plan. 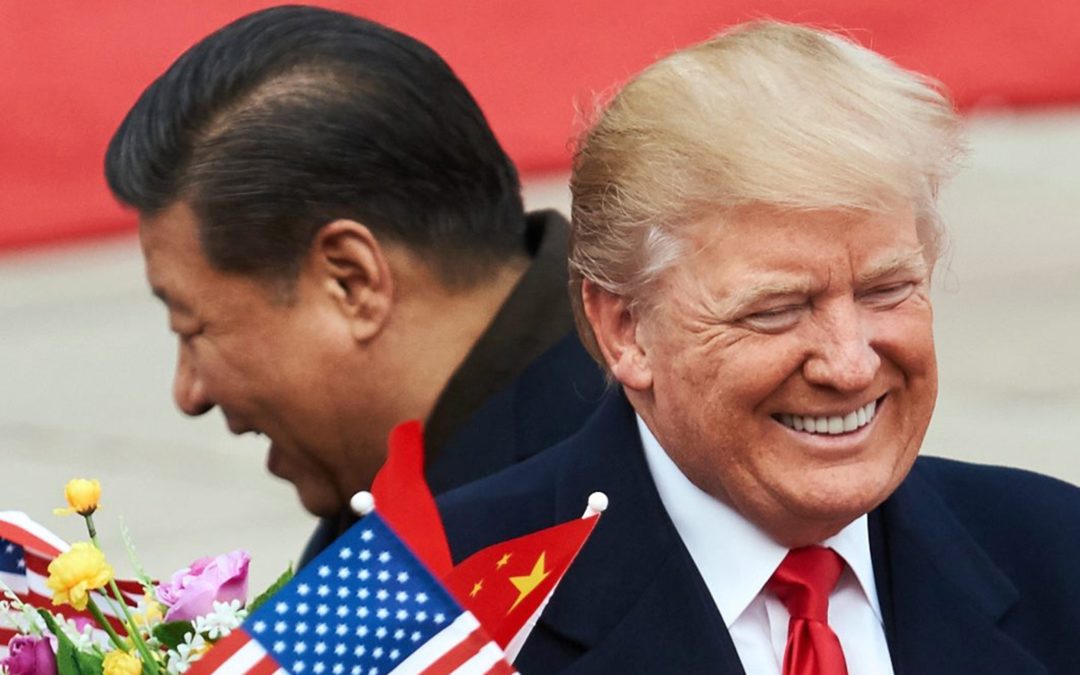 Look see, with all that went and goes on, take away some already fragile and stubborn EM currencies, sentiment is closing the week much more positive than where it started .
A long term money manager, having dumped the TRY and ZAR and a couple of other ARS he doesn’t like, will tell you this week not a lot moved in major FX land.
We went through all the colours of the rainbow at the start of the week though.
Opened right on the worst point of TRY with Us imposing more sanctions, before several countries( again not the US rating agencies, Turkey’ sovereign rating just got downgraded by S&P to B+ from BB-) came to its rescue with some economic pep talk such as Germany, France… or direct investments such as Qatar. That and some scrambling by Turkish finance minister and its major financial institutions to put together a more robust structure helped TRY to recover more than 15% from it lows. We close the week around 6.02 to the USD. The story ain’t over though. Erdogan is hard to rely on still.

China got close to the cliff but didn’t jump. The barrier and expected harder intervention level at 7.00 USDCNH is still standing and if we believe the latest comments, a plan may be in the pipe for US and themselves to start resolving some issues. We’re equally not out of the woods until Trump puts his official tweet under a deal but there’s light.
Ryan started to be short around 6.95, and with straight success, well done. I was a bit shy and waited for closer levels to 7, may have missed the boat on that one but if solutions are written in stone, there will be enough time to jump on the long CNH wagon imo. It won’t stop at 6.83 where this week’s close is.

The major loser is ZAR. The land expropriation plan and looser fiscal discipline has put a red flag in front of the USDZAR bulls. ZAR lost over 10% at once stage, managed to scrape some of it back but still closes the week as the weakest at 14.65 ish. Got a feeling this may not be over. If the rest of EM currencies get their act sort of together, all negativity may concentrate on the Springboks’ currency.

Nafta then: Mexico and the US seem to want to reach an agreement but can they? The answer is clearly yes. But therefor must US either accept a looser rule of origin or drop the Sunset Clause. Mexico could accept the clause if loosened a bit if the rules of origin come their way in my opinion. USDMXN seesawed within a 2.5% range 18.85 to 19.37 at the worst when armageddon struck the EM world. A couple of us are still short the USDMXN. As per my updates, I’ve been jobbing a part of it around within the 18.90-19.20 range, improving the average quite nicely. A resolution of the problem should see USDMXN go back to test 18.40s and probably lower.
Cad’s been a different animal as where before Mexico seemed to be the weak link in the Nafta trilaterals, the balance has clearly shifted as Mexico is now deciding on the timing of the next invitation card. US is not in hurry and prefers to keep Trudeau in the slow cooker to soften up in the meantime. CAD managed to close the week in positive territory thanks to a great CPI beat. We’re still inside the range but selling USDCAD rallies is back on the order of the day.

The market tried hard to break EUR and GBP’s backs but rather than breaking, both did a bamboo flex without totally giving in to the call of hell. They’re both still below respectively 1.15 and 1.28 levels but closing the week on a better note. EUR’s doing better as Brexit uncertainties keep the pound grounded vs the unified currency.

CHF and JPY had their own yoyo. Gaining quite a bit of ground through the crosses for the first half of the week. It looked as we were in for the big dive but towards the end, we close the week softer on both. The first was probably lent a hand by our ex-basketball player in the 1.12mids on EURCHF, that kept USDCHF again in a remarkably tight range.

The second lives its own life but where USDJPY had several tries to overcome the 111.20/50 area, it failed and that’s due to BOJ’s flexibility on the interest rates but now also supposed stealth tapering via the stock markets, buying far less frequently, rather waiting for more pronounced drops in Topics and Nikkei before showing their nose. It’s pretty effective so far as when it threatens to derail, they immediately step in. That prevents to heavy JPY speculative buying as the funding bites relatively quickly. I do remain short USDJPY though, less overnight than during day times mostly as I’m in for a gradual JPY strengthening still.

Little word on scandies. Both lost ground breaking through USD resistances and seeing some outflows. A little unexplained why on the NOK but I reckon SEK is starting to get a bit wobbly due to right wings making an upmarch in the polls ahead of the Swedish elections in 3 weeks. I entered a small NOKSEK long today, thinking EURNOK enters good resistance territory.

Don’t forget Merkel and Putin are meeting this weekend. Frau told us not to expect much but she’s also a politician.I’m expecting at least something to be said

Rest me to thank you all for this week, it’s been a pleasure and a successful week. Great discussions and trades had.
Do funny things, rest, brush up the charts for the workaholics and have a peaceful weekend.

See you on Sunday night