New month, same crap, but FX is here to enjoy. 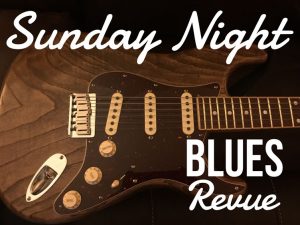 The weekend (de)press(ing) and a few FX opening rates

Welcome to September, I hope you all had a peace- and restful weekend.
No joy in the weekend press as per below but we’re starting to get used to that aren’t we. If you want to enjoy the Sunday night, read it tomorrow…
RBA and BOC will spice up the economics week with plenty of PMI’s to start. As usual for the first week of each month we will go crescendo for the North America’s to close with the employment reports after a lazy start for them, having Labour day off tomorrow.
Rest assured (geo)politics to throw it all upside down a number of times again as Trade(hopefully it stays to trade in the Middle East) wars are now well underway.

-Brexit: May stands firm on her Brexit plan, but scepticism persists
-Brexit: Senior Conservative lawmaker calls May’s plan ‘humiliation’.
-Brexit : EU Barnier: Deal still possible, we need political decisions.
-Brexit: EU Barnier strongly opposed to PM May’s Chequers plans. This one could force GBP a bit lower on the real open.
-Trump on Canada and his own congress, the pressure’s on. What’s Lighthizer’s leeway on Wednesday’s meeting with Canada really?
-Russia multiplies accusations towards US building up forces on Syrian soil.
-In the meantime Russia, Turkey and Iran to hold a meeting on Syria on Sept 7th. Another one calling for tweets…
-Some more on Iran
-Uncertainty over Japanese interest rates:BOJ’s next steps will likely be influenced more by economic movements than by prices.
–China puts brakes on auto investment to ease capacity glut.
– Xi continues to work on his reforms and for a global world economy .
–Large Asian Trade deal to be signed in November, according to Singapore.
-Italian reaction to Fitch’s outlook revision to negative: Italian people first.

-Uncertainty everywhere: U2 cancels concert in Berlin over Bono’s voice.