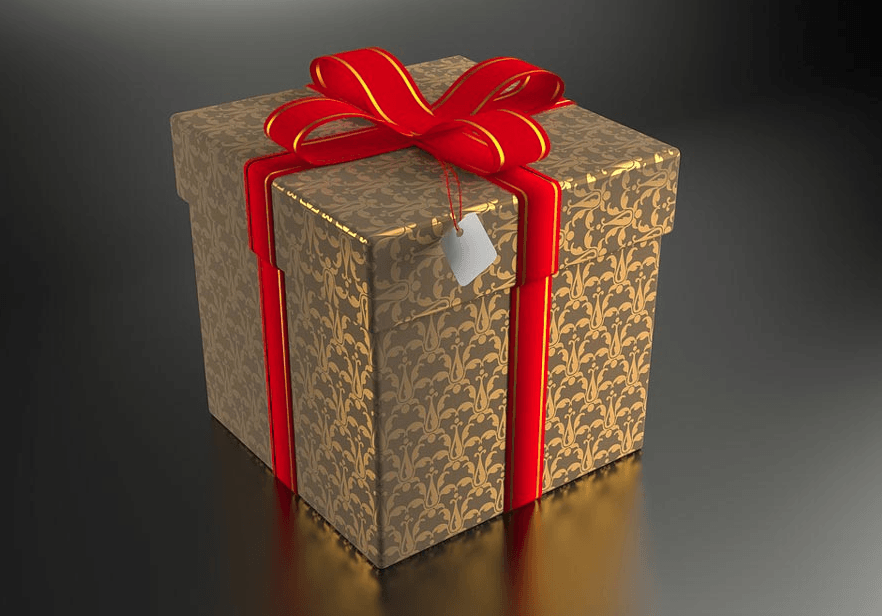 My long trade from September ended over the holdiday period

As we enter 2020 I wanted to update you on my GBPUSD long trade undertaken back in September. This was a trade looking to capture a Brexit deal finally passing UK Parliament, but as usual with the UK, it couldn’t follow a straight path and yet more curve balls were thrown in, not least from a general election.

The trade was finally over when my trailing stop at 1.2950 was hit 23rd Dec after pretty much a one-way sell off after the election. It was very volatile over the holiday period with a bounce from those lows to near 1.33, and then another sell off to 1.3050. That wasn’t quite the price action I was looking for but that’s trading for you, especially at this time of year.

And so, that ended the strategy I was trading, which didn’t too too bad at the end of the day. My lowest entry was down at 1.2205 and my highest TP was 1.3458 on the night of the election. As usual there was some TP’ing along the way as we got close to the various event deadlines.

Trading wise, I’m now pretty neutral over GBP. Well, I say I’m neutral. I’m still a buyer more than a seller on Brexit but we’re into a new phase where the main battle is not in UK Parliament but between the UK and EU trade teams. We’ll get a first indication of how that’s going to turn out when the first official meetings/sumits begin in early Feb but no doubt there will be plenty of chatter from both sides before then (we’ve already heard Boris pushing for negotiations to start a.s.a.p and EU’s Von der Leyen saying that it will be tough to get it all done by end-Dec 2020). The UK still has to go through the formality of leaving at the end of Jan.

We also need to see if the economy stages a relief bounce in Q1, and whether that is maintained or just the dead cat variety (if it happens at all of course). That’s going to be important for trading the BOE. Signs of an economic bounce will keep the doves at bay, a lack of one could force more to vote for cuts. The BOE cannot sit on their hands for another year if the economy continues to soften, as I explained before the last BOE meeting.

Given the wild moves into the year-end, I want to see how the price action develops over these early year sessions. Although the lower end was blown over Christmas, I’m looking again at the 1.30-1.35 range (as detailed in the original link above). 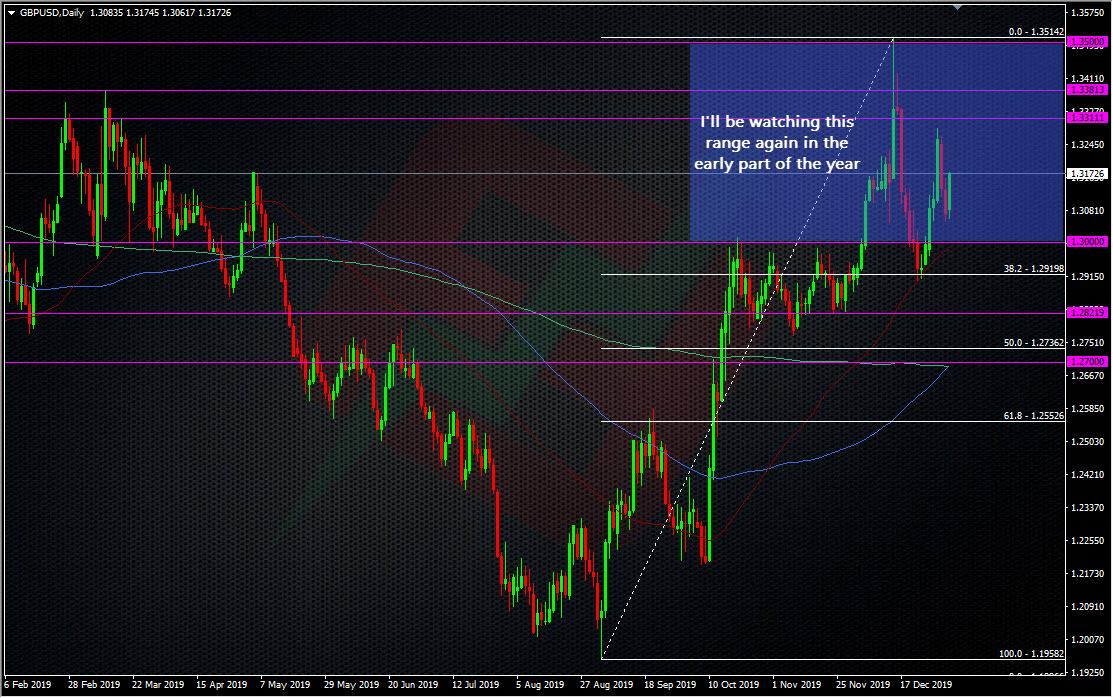 For now, I’ll switch back to scalp mode unless something jumps out, or a theme develops. We’re in a different place to last year so the landscape needs to be assessed.

In the end, the cable trade became my longest held and biggest pipper of the year. It was another year where short-term trading was the best strategy as the vols dropped, and that could continue into 2020. It may be a new year but we’re still playing with the same old themes from 2019.

The strategies like the one above are first formulated in our ForexFlow trading room, so if you want to kick off the New Year by being hearing the trades first, or you want advice on your own strategies and ideas, come and join our community of traders.