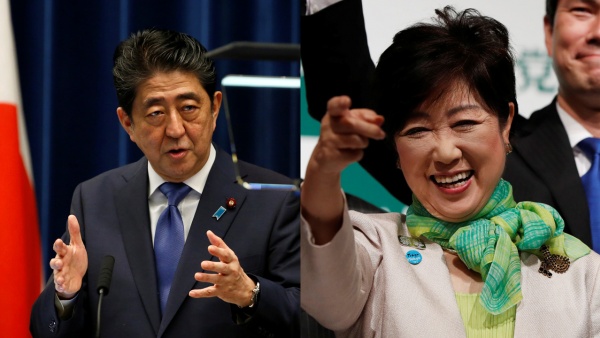 During an election campaign rally, Yuriko Koike finally announced the plan to tax Corporate Japan’s 400 trln JPY dormant cash. As I said before, her plans are kind of laudable, but in my
opinion, risk equally lose her the elections, or cause the lack of stealing votes from LDP. This levy plan risks sending piles of cash fleeing Japan instead of noticeably raising wages
and/or spur internal investments, remember the demographics and still very tight immigration policy.
In such case the most big banks strategists’ call for a stronger JPY, based on how the BOJ board composition/monetary policy could change, abandoning the consumption tax hike,
is at best going to be short lived in my view. Especially she said the monetary policy is not easy, nor the most pressing priority to change.
I’m not going to stick rates on it right now, there are still 11 days to go till the elections and my base view as per previous, is for Abe to retain the majority, but I stand ready to possibly
countertrade any initial market reaction which would, again as some strategists predict, take USDJPY to 100-105 zone if Koike would succeed in the impossible.
To have a look at Japan Inc’s finances , Nikkei has these details.