BOE trading preview: Is a hike as certain as the market thinks? 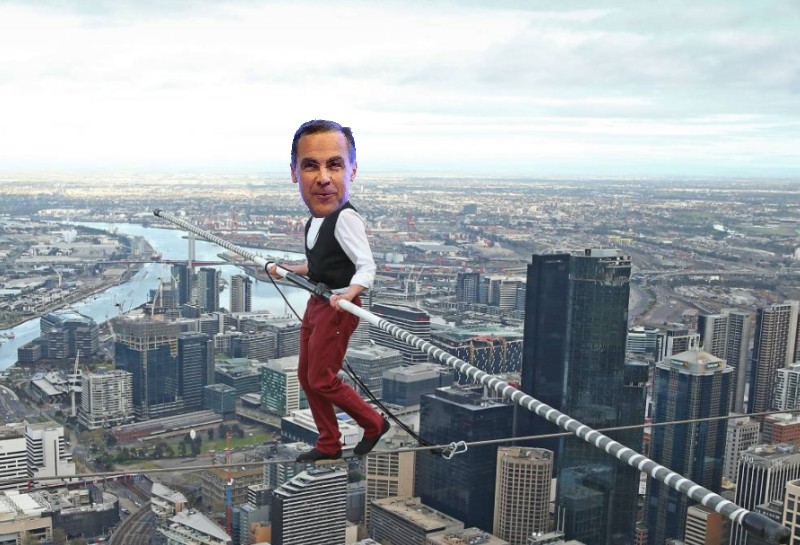 A trading preview ahead of another central bank ‘Super Thursday’

If market expectations are to be believed, this Thursday the Bank of England will hike its interest rate to 0.50% (probably) from 0.25%. Traders are around 90% certain that this will happen. Surely it’s a done deal…isn’t it?

What has the MPC been telling us?

There’s an old saying that you can’t fight a central bank, so what the MPC members have been saying is important. Here’s a summary of recent BOE members comments;

At a Treasury Select Committee we had;

A real mixed bag of opinions there but overall, there’s a case to say that there’s enough hawkishness there to swing a hike vote but it might be very very close if some of the members are just not quite there yet. What does stick out is that not one member has given a hint of a date of any hike. The most we have is “over the coming months”, so why has the market picked November? The reason is that we get the latest inflation report and forecasts, which by and large becomes a monetary policy press conference. That gives His Royal Carneyness a platform to jawbone any policy move and lay out the forward guidance.

The data also forms a massive part of the Bank’s decision thinking, so how has it been doing?

First, let’s look at how things stand since Brexit, and that August 2016 cut, courtesy of the excellent and free Dow Jones Brexit Dashboard.

inflation is the standout here but some attention needs to be put on the retails as a sign that inflation is squeezing pockets.

Let’s look at the data since the last meeting back in August, as members have been saying that if it conforms to projections, they’ll go for a hike;

On the whole, there’s not a lot of change there, but where there is change, it effects inflation. CPI was lower, output PPI was lower, Earnings ex-bonus was lower, retail sales deflator was higher. Possibly the most important number to look at is the change to the unit labour costs as that is a measure closely followed by the BOE. In fact Michael Saunders wrote in a speech back in January;

The ONS revision to 2.4% from 1.6%, and the jump from Q1 potentially gives the BOE some ammo to hike, as it keeps the figures above the inflation target.

The question is, has the data done enough to warrant a hike since August? On paper, taking in all the data, the answer is no, it’s been pretty flat. However, inflation is up above target and the one big piece of information that tips the balance is the Core CPI. Headline CPI can go where it wants and the BOE can do little about it. The core is a different story and when the MPC sat down in August, the core was at 2.4%. Now it’s at 2.7% and well above the Bank’s target, and that target is important as ex-MPC member Martin Weale made clear in 2014;

“The MPC’s goal is, however, first and foremost achieving the Government’s inflation target, which it aims to do over a two to three year horizon”

So really, this meeting all comes down to the MPC’s tolerance for this high inflation, something members have mentioned previously. Productivity could still do better, so there’s still plenty of slack in the economy. The BOE have been going on about that for nearly four years and the picture isn’t improving to any great degree, so they really can’t keep using that as an excuse not to hike because now inflation is taking over.

Once again I’ll use the usual central bank chestnut that the BOE is stuck between a rock and a hard place. On one hand we have an economy ticking along but looking fragile, and on the other we have domestic price pressures well above the bank’s target. We also still have the looming clouds of Brexit.

What’s the conclusion, hike or no hike?

I think the market’s expectation of a hike this week is very high, perhaps too high, and while this might be the best PR opportunity for the BOE to hike, and give further verbal forward guidance because they have the presser (otherwise it’s March 2018 for the next one), it makes sense to do it now. That doesn’t mean they won’t hike and tip the nod to Dec.

I’m very much split on what they’ll do on Thursday. Part of me says that the data altogether isn’t strong enough for a hike but purely on inflation, it is. If they do hike, it will be a very dovish hike so the big risk is that we have a buy the rumour, sell the fact move in the pound, and we get a similar move like we’ve seen in EURUSD over/after the ECB. It won’t take long to switch back to the US side of things either.

If they don’t hike but give a nod to Dec then we could see a sharp knee-jerk sell off followed by a moderate bounce because the announcement will say “no hike” and any guidance for Dec may not be in the minutes but later in the presser.

If they don’t hike, and stick to a ‘hike in the coming months if the forecasts play out’ etc etc, the quid will get dumped bigly.

Trading wise, I can’t see any reasonable outcome where the pound doesn’t fall on this event, even if there is a knee-jerk higher. There’s just too much stacked up against seeing the quid rise. As of the time of this post, the pound has risen well off last weeks lows around 1.3065 to 1.3288, and that’s been in the face of some USD strength, particularly today (31/10). That suggests the market is getting all bull’d up on hike expectations, which currently stand at 87.2% on the Bloomberg metric. It had been as high as 90.6% last week.

I’m going to be looking to short GBPUSD into the BOE, either if we keep rising and hit some decent resistance levels, or right into and over the meeting. I’d prefer to nail a knee-jerk hike pop but I might take a smaller short into the meeting in case they don’t hike. I won’t be going in with big trades, just in case we do get some hawkish messages that follow any hike, and so I can potentially wear any rallies over the event. It will all depend on where we are come Thursday but basing it on current prices, I’d be happy to wear a move to 1.33 and possibly 1.34, shorting as we go. 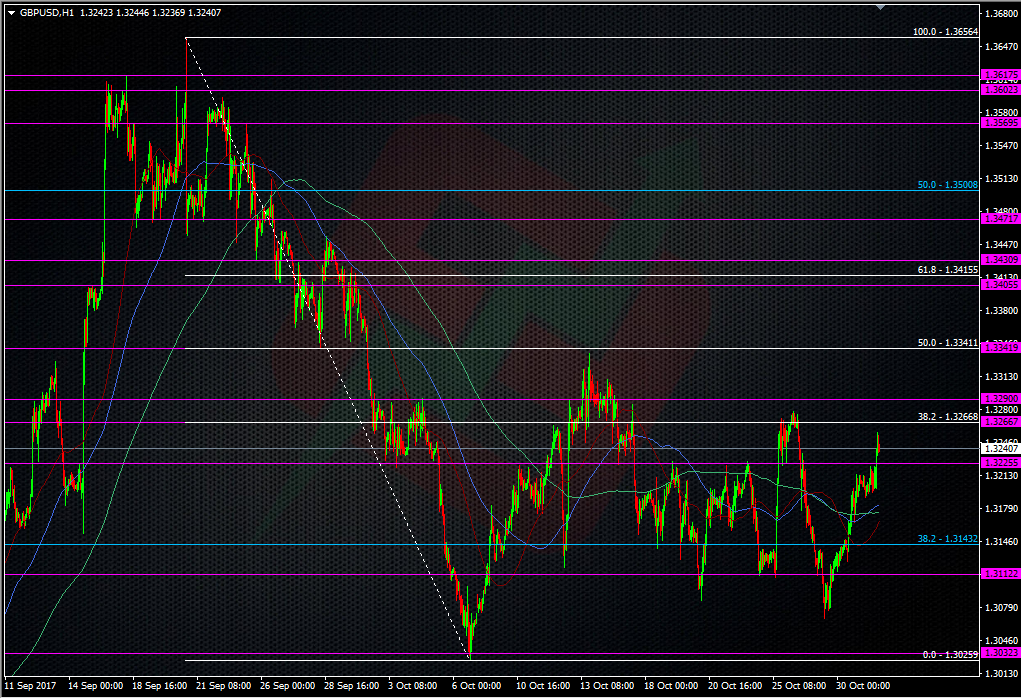 It’s all set up to be yet another wild ride, and cable might give us a taste of her face ripping moves of old. If you’re going to be trading this, stay safe and good luck to you.